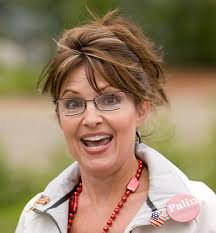 IT’S HARD TO escape Sarah Palin. On Facebook and Twitter, cable news and reality television, she is a constant object of dispute, the target or instigator of some distressingly large proportion of the political discourse. If she runs for president—well, brace yourself! But there is one place where a kind of collective resolve has been able to push her aside, make her a less suffocating presence than almost everywhere else: Alaska.

During a week spent traveling there recently, I learned that Palin occupies a place in the minds of most Alaskans roughly like that of an ex-spouse from a stormy marriage: she’s a distant bad memory, and questions about her seem vaguely unwelcome. Visitors to Juneau, the capital and a haven for cruise-ship tourism, are hard-pressed to find signs of the state’s most famous citizen—no “Mama Grizzly” memorabilia or T-shirts bearing her spunky slogans. Although the town was buzzing with politics because the legislature was in session, talk of Palin mainly revolved around a rumored Democratic poll showing her to be less popular in Alaska right now than Barack Obama. The only tangible evidence I saw was her official portrait in the capitol and a small sign in the window of a seedy-looking gift shop advertising “Sarah Palin toilet paper.” Alaska has moved on.

So has Palin. Two years after abruptly resigning the governorship, she is a national figure, touring the country to promote her books; speaking out whenever moved to on important issues of the day; and serving, mainly through Fox News, as the guardian-enforcer of a particularly martial brand of conservatism. Though she still lives in Alaska, she has all but withdrawn from its public life, appearing only seldom and then usually to film her reality-television show, Sarah Palin’s Alaska.

But if she decides to run for the White House—and she’ll have to make up her mind soon—all of that will change. As much as Alaska might like to forget Sarah Palin, and she it, her record there, especially as governor, will take on new salience. 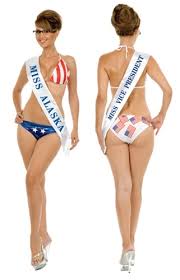 Palin entered the national consciousness more suddenly than most high-level politicians do, and she did it in the intense final stretch of a presidential campaign, which had a kiln-like effect of hardening the initial impression—depending on your point of view, of the provincial half-wit portrayed by Tina Fey or the plain-sense Mama Grizzly proudly leading her army of culture warriors.

In modern politics, your “brand,” once established, is almost impossible to change. Only a handful of politicians have changed theirs (Hillary Clinton is one), and then only through tireless perseverance. Palin has shown little inclination to revise or deepen these impressions—she didn’t respond to my requests to discuss her record—and she hasn’t designated anyone else to do it for her. (Mama Grizzlies claw; they don’t contextualize.)

Read the full article at the Atlantic Monthly…

Tell us what you think: Cancel reply